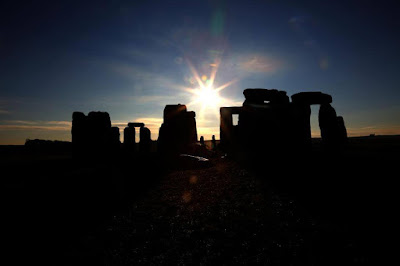 Today, December 21st, is the Winter Solstice...the shortest day of the year, and the longest night of the year.

Am so glad we will now be turning towards more daylight.

Photo above of Stonehenge.... 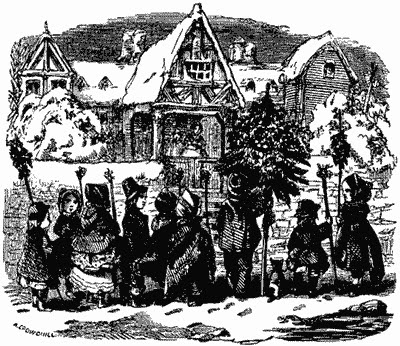 And today, December 21st is also St. Thomas' day in the liturgical calendar, which has a tradition... mostly faded away... of "A-Thomasing" or "Mumping" in rural agricultural areas. St. Thomas was said to be especially generous to the poor and today is his saints day.

Thomasing, also called Gooding and Mumping, involved the less fortunate folks in a rural community visiting the better off and being given goods and gifts to celebrate a good Christmas. Although in some areas, only older women and widows participated, in some areas it was more general.

The mumping for widows meant they visited the better off with 2 handled pots to received cooked grain to make a pudding, and received other foods.

In many areas they were also treated to a cup of tea and treats before they left the home.

One of the derivations of the various Saxon and Norman words used brings us Wassailing, which you probably have heard of, if not Thomasing. 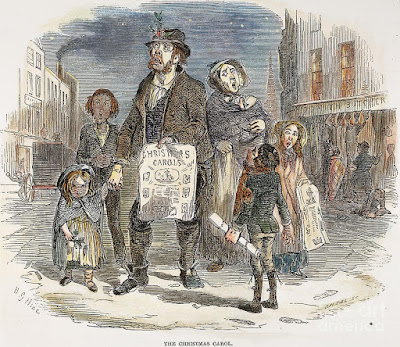 The day is supposed to have been accompanied by carol singing house to house, and many still use December 21st in England as the day to begin caroling around towns and villages

Some of the recorded chants in various villages and counties around England...

In Dorset it was called Christmasing and a note made in Notes and Queries from 1872 records they would ask: 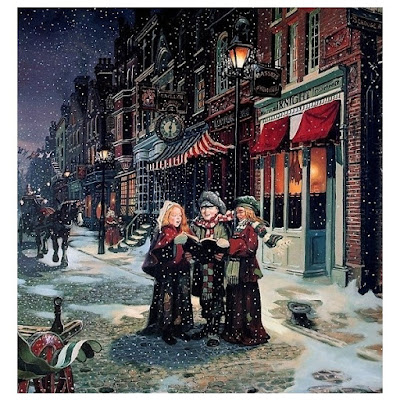 Palmer (2003) in his work on Worcestershire tells us that:

“wives, mothers, and children of all those who worked on the Beckford Estate were expected to call on Mr. King-Ross at Beckford Hall to be given a six penny piece each which was solemnly produced from a leather bag. The recipients, some 40 in number, then went round the back to be given a steaming hot cup of hot coffee and plenty of bread, spread thickly with lovely farm butter."

“The women of Hemswell used to join together and go around ‘mumping’ to the various houses on St. Thomas’s Day-women who were ashamed to beg – but it was not looked on as begging, but as their due. They were given goods in kind.”

Sutton in her Lincolnshire Calendar notes that in Connisby in 1914:

“Old women would come mumping and mother would give them homemade cakes, half a cake or a whole one sometimes.. They came very early, I was still in bed, before 7 o’clock. They used to sing ‘Here we come a mumping..”

Whilst commonly old women, particularly widows were central to the custom, the men at the time were probably working, a contributor to Fenland Notes and Queries said:

“old men and old women and even young women pass from house to house begging for alms.”

.A common rhyme was:

In Staffordshire a local author notes:

“In the days of the Georges, when red cloaks were commonly worn by the beldames of every parish, it was a usual sight to see, in the grey light of a December, groups of figures bent and withered, going from door to door, wrapped in these curious garments and hear them piping ‘in a childish treble voice; the following rhyme:

“Well a day, well a day, St Thomas goes too soon away, the yiyr goodinf we do pray, For the good time will not stay, St Thomas grey, the longest night and shortest day, please remember St. Thomas’s Day.” 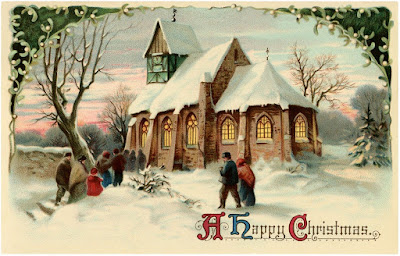 Palmer (1976) notes in Warwickshire the rhyme would go:

“A Christmas gambol oft can cheer, The Poor man’s heart through the year.”

This is the chant my husband remembers from growing up in Warwickshire, and has always been a part of our Christmas....my family from Leicester, a large city didn't participate in Thomasing...

In Mansfield they said the following:

The food varied in Dorset they:

“Receive substantial pieces or ‘hunks or bread and cheese, bread and meat, or small sums of money.”

The above quotes from different areas are taken from: 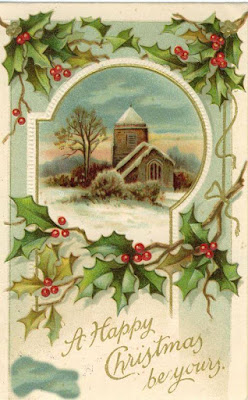 Mumping continued into a tradition of fund raising for charities in the 20th century... often by bands and choirs, merging with caroling and wassailing, with the occasional mummers mixed in.